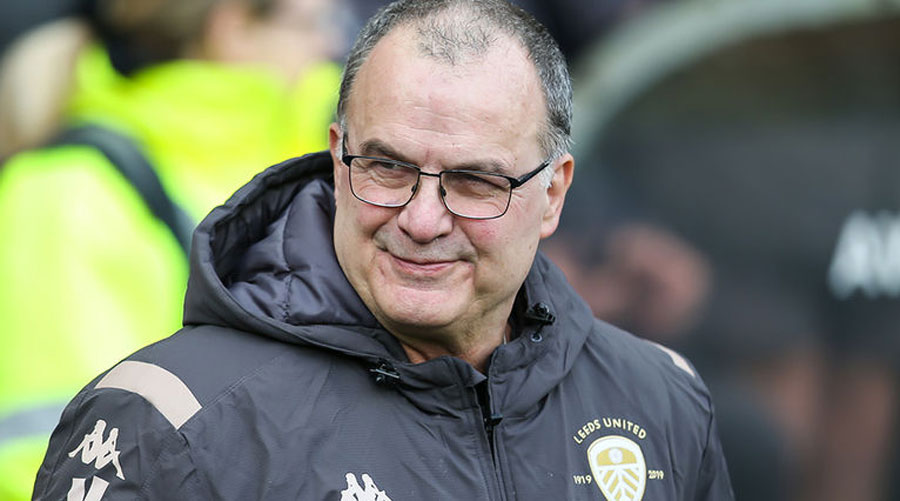 Leeds United have just been promoted to the Premier League. Not just promoted, but as the Champions of the 2nd tier of English Football. Drink it in.

A squad assembled from broken dreams and stuttering careers, unfulfilled potential and mismanagement; the core of a side that limped to a 13th place finish over two years ago, written off as nobodies, as bottlers, as just plain average. In a footballing world of big money, short term-ism and high criticism, these players were done. They haven’t got what it takes. Leeds United haven’t had what it takes for years. A football club in the depths of despair, or not even that. Beyond the depths of despair. Treading water. Never abject enough to be relegation fodder, but rarely a force to be reckoned with at the right end of the table. Beaten down by years of hurt and years of Championship stagnation, of false hope and missed chances. A massive opportunity, a chance to write themselves into legend, slipping away year on year, often without a fight. Why should they bother again? For a coveted 13th place finish?

Average goes out the window. But the players do not. They’re galvanised by a man, a legendary figure who sees their worth, who grabs them by their lapels and shakes them from their miserable mid-table mediocrity and screams, possibly via a translator: “You’re better than this!”.

El Loco they call him. A genius, a maverick, an influence on the greatest minds modern football has ever seen, but also in some eyes, a perennial failure. A career of care, and passion, of absolute football obedience, but one without accolade or prize. Claims of Bielsa burnout and a temperament that makes him unpredictable and volatile, inflexible and stubborn. Tales of him storming out of the Lazio job within days of being appointed, of carrying a live grenade onto the pitch with him back in his days at Newell’s Old Boys.

Leeds United were taking a gamble.

Leeds United are Champions of the 2nd tier of English football. Next season Premier League football will return to Eland Road. An incredible achievement and a massive moment in the history of the club. Two seasons of high drama and scintillating football. A swift, almost unfathomable change in culture and standards. A true Bielsa team. But also a medical marvel. A social experiment almost.

See, the joy of this team is not in how good they are, it’s in the fact that no one ever thought they could be this good, or even any good at all. What Marcelo Bielsa has done to these players is nothing short of remarkable. The story of Bielsa is one of legend; the man is a genius and deserves all the praise he gets and more and I can’t wait to see him manage Leeds in the Premier League. But when he asks that the praise be directed towards the players, or his staff, or even the Groundsmen, he’s not just being modest, he’s asking us to try and see what he sees: people. People who gave their all because they had been given their self worth back. That’s how this amazing thing has been achieved.

The phrase ‘More than the sum of its parts’ is probably apt in describing Leeds under Bielsa, and it’s a fair assessment, but I think there’s more to it than that. In the shallow world of football, it’s easy for the average fan to criticise players, managers or owners and with social media, a scathing comment is now only seconds away. Footballers as commodities, as playthings to be tossed aside when we’re done with them, isn’t new. And it is what it is. I’m guilty of it myself. The only man who I think isn’t guilty of it is Marcelo Bielsa. A man of strict moral principles, he saw something in these players that a lot of us just couldn’t.

Take Mateusz Klich – a vital cog in Bielsa’s machine, and until Sunday’s game against Derby County, un-droppable. He is a far cry from the unknown entity of 3 years prior, sent out on loan and cut adrift after a handful of games, destined to be another Casper Sloth or Brian Montenegro. Fans saw few glimpses of the tireless, clever footballer who is now a driving force in this Leeds side, and while it took an injury to Adam Forshaw to let him in, Klich has never looked back and Bielsa found a puzzle piece that fit.

Captain Liam Cooper saw other obstacles to his development; often the butt of fan’s jokes, “League One” Liam has been at the club a long time. He’s a Leeds fan. But often deemed not good enough, prone to lapses in concentration, and guilty of giving away lazy, silly fouls. But he can now stand tall, etched in legend as the man who wore the armband in a historic, brilliant team. His transformation has been miraculous under Bielsa. A true example to his teammates and the supporters, Bielsa saw in him a fortitude and a leadership, and a weight was lifted from his shoulders. Gone is the panic, or the worry from his performances. “Premier League” Liam now.

Then there is Patrick Bamford. As interesting and unusual as footballers come in terms of upbringing, he’s a striker often maligned by the fanbase, and you could say the cards have always been stacked against him. Despite his peak years ahead of him, he’s labelled a journeyman, but he has debunked all those silly preconceptions, and hurdled plenty of criticism, to become the hardest worker in the squad, and the top scorer. Bamford perhaps most sums up Bielsa and his principles. Many people have said Bamford isn’t good enough. That he’s profligate in front of goal, that if he was any good, he wouldn’t have been sent to so many different clubs. Where people see a statistic that says ‘Not good enough’, Bielsa sees the perfect number 9. A selfless focal point and a vital element in the way football should be played. And he does score goals. Not loads, but enough.

There are other examples throughout this squad; Stuart Dallas, part time utility-man turned influential, versatile mainstay; Gaetano Berardi, once thought of as limited in ability and too hot-headed to be anything but a liability, is now a calming, solid figure when called upon, and in central defence no less, another Bielsa masterstroke that no one else could see. Even newer players such as Jack Harrison and Helder Costa, both often frustrating figures for the fans, but both players who reap the rewards from their hard graft, working their fingers to the bone and Bielsa sees it, appreciates it more than numbers. Is this blind loyalty? I think it’s more to do with trust and respect.

If there is one star in this Leeds United team it is Kalvin Phillips – but even he wouldn’t be the player he was if Bielsa hadn’t looked him over, and known seemingly instinctively, where he should be playing, as a deep lying play-maker mixed with an old fashioned midfield destroyer. He’s never looked back either; from the first minute of Bielsa’s first game in charge, a glorious, euphoric and surprising 3-1 win over Stoke City, Phillips has been exceptional. He is easily the most impressive of Bielsa’s experiments, especially considering that a few weeks before that Stoke game, I was wishing that it had been Phillips who had just left for Italy and not Ronaldo Vieira. I had nothing against Phillips, but he was an academy product who just didn’t seem to fit and he hadn’t been particularly great wherever he had found himself, so I saw much more potential in Vieira. How wrong I was. A colossus in his new role; rarely less than an 8 out of 10 and often unplayable, Phillips is the poster boy for this Leeds side. He’s become the star player, but without the hardships, and the hard work, along with the golden touch of Marcelo Bielsa, he could easily have been out the door, and I wouldn’t have batted an eyelid. I can’t imagine this side without Phillips now.

Or without Pablo Hernandez – the mercurial El Mago, so often the architect of brilliance. He’s the closest thing Leeds have to a luxury player, but he’s nothing of the sort. Deemed a gamble and past it when he signed in 2016, Hernandez has been a shining light since. He is now 35. People will say we lean on him too heavily. Perhaps, and he will probably only play a cameo role from now on, but this season Hernandez has relished it. And Bielsa knows it. Hernandez has been a creative spark since joining, but under Bielsa he is a leader. He hasn’t let his age catch up with him, he’s even better than before. When another manager would have signed a younger model, Bielsa saw Pablo Hernandez for the symbol and the person he is, and he let him shoulder the burden of creativity, of driving this team forward. EA Sports would have made you get rid of him. Bielsa made him necessary.

I think Marcelo Bielsa feels it all; the lifeblood of this club is now ingrained in him. For all of his global appeal, his standoffish persona, his iconic legend, isn’t he just a man who sees the best in people? A man who strives to do things the right way, and to do it with passion and principles, no matter what others think? He got over ‘Spygate’, and stood up for his principles; he got over Steve Evans telling him he wouldn’t be able to do it on a cold Tuesday at The New York Stadium; he got over ‘Leeds falling apart again’, and the players were right there with him, every step of the way. Perhaps he sticks with them so religiously, moulds them into relentless footballing machines, because he identifies with them. Betterment of oneself, isn’t that what we’re all striving for? And they’ve done it. He helped them to. And they helped him. And he got a trophy for his troubles, finally. These players went from apparently not good enough, to the best team in the league, some of them maturing into excellent footballers and some into potential stars. Others will just be proud that they could prove their doubters wrong, and find their self worth again.

As this magnificent season draws to it’s protracted close and we enter the silly season of transfers, wide eyed and blinded by the shiny, resplendent pull of Premier League riches, the murmurings begin. Links to players of global renown – Argentinian wonder kids, and Edison Cavanis – are par for the course, and we deserve to dream and hope that Leeds United can now attract these types. But before we dream of players who everyone says are bigger and better, we should take time to cherish those that got us there; players that gave their all for this club, for themselves and for Marcelo Bielsa so that they wouldn’t just be another name on a list, or a statistic in a column. Bielsa told them they’re better than that, and now look at them, they’re legends. They just needed a chance to prove it.